PTSD Retreat in Colorado. Thousands of Acres to Explore! Mountains, Rivers and Forests... come join us!

To sponsor an organization like Lost Creek Ranch, dedicated to helping veterans struggling to overcome PTSD, it takes an extreme level of compassion and integrity. Phil Long Ford in Colorado not only meets these standards, but surpasses them.

With a powerful history of local Colorado involvement, the level of dedication to the community has been demonstrated time and time again. Dating back to 1941, the founder of Phil Long Ford, Mr. Philip Long, demonstrated his urge to serve by joining the military to volunteer as a Navy pilot in WWII. After engaging in over 120 missions, being shot down twice, and being honorably discharged and decorated as Lieutenant Commander, Mr. Philip Long, returned to the States to bring that passion home.

A month later, he bought his dealership that evolved into today’s Phil Long Ford.

His enthusiasm for community growth and involvement was matched in 1975 when he recruited Jay Cimino as his partner – a partner in both business and service. Their team expanded their dealership into a franchise that established roots throughout Colorado, not only selling cars, but changing lives of employees and their families as they grew. Even after Phil Long’s death in 2001, the Phil Long Ford name and the dedication to the community were carried on by Jay Cimino.

Mr. Cimino’s efforts to support the residents of Colorado started within his company and expanded beyond his work. Within his company, he offered holiday meals, employee picnic, generous benefits, and opportunities and programs for healthy lifestyles. He instilled a thriving energy among his staff members and teammates.

Beyond his own business, he carried his impact to the many residents of Colorado. He developed programs and donated to various youth organizations across the state. The Phil Long Ford name is responsible for the development of multiple Colorado parks through its partnership with the Denver Broncos “Fantasy Playground” initiative.

On top of encouraging an active lifestyle for Colorado youth, Jay Cimino and the team at Phil Long Ford extended their generosity to assisting civil servants from firefighters to police officers through sponsorships and awareness programs. He even offered vehicle assistance to those in time of need. In fact, after the Waldo Canyon fires, Jay Cimino provided over thirty vehicles to the emergency crews to aid both employees and others affected by the tragedy.

It goes without saying, then, that Jay Cimino upholds the history of Phil Long with his dedication to supporting the military, both current soldiers and veterans. He has reinstated “Operation Home Support,” donated to Fort Carson’s Resiliency Campus, offered supplies and funding to the American Red Cross, and created the non-profit, Mt. Carmel Center of Excellence, all in the hopes of providing support to those who have served our country.

While he has been recognized consistently for his contributions to his community, it is our turn at Lost Creek Ranch to honor his involvement with our PTSD retreat in Colorado. He and the team at Phil Long Ford have earned the title of one of our esteemed benefactors who make our dream of healing come to life. It is the support from heroes like Phil Long and Jay Cimino that motivates us to continue our work in bringing peace to those who have sacrificed so much on our behalf. 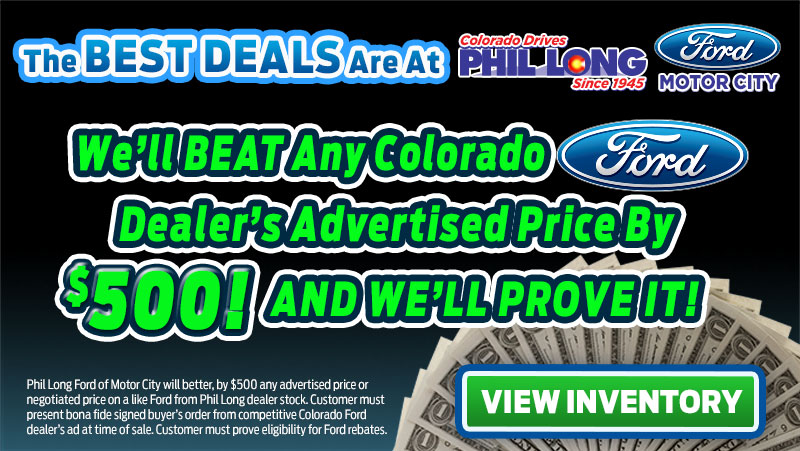